It’s only our second month of writing this blog and it already feels a little like every month’s Round-Up will start by announcing that this month was unusually busy with gaming for us and then explaining why.

Far be it from me to deviate from the formula.

So this month was pretty busy with gaming for us, but in an entirely different way to last month. You see, this month Suzanne headed back to the US mid-month to spend some time around thanksgiving with her friends and family. That meant that we didn’t get a lot of time to play games together this month.

However, it also meant that we bought a lot of games, because the retail prices of games (and gaming accessories) are vastly cheaper in the US than they are in Australia. That doesn’t mean we have a problem, it just means we’re being financially responsible.

We purchased 23 new games (and expansions) during the month of November, including Kickstarter games, which we log when they eventually arrive (hopefully). Unfortunately, the fact that we’ve spent most of the month on different continents means we haven’t had an opportunity to pay any of the new games we’ve purchased.

That said, a lot of the games we purchased are ones that we’ve played before and loved, so it’s not as bad as it looks. Still, I guess we’ll have some catching up to do over the holiday season.

For me, Schotten Totten is the game that we first played this month that really stands out, so much so that shot to the top of our number of plays log and warranted a review. If you’re part of a couple and you’re looking for a fast punchy game to play together you could do a lot worse that Schotten Totten. I’m not sure that it’s overtaken Raptor as my favourite two player game, but it’s definitely right up there.

Onitama has continued to be a strong game for us, and I can’t wait for Suzanne to get back from the US with the expansion.

Other Fun Stuff We Played

Suzanne assures me that she’s played a infinite number of games of uno with her seven year old, along with half a dozen games of Castle Panic, and a game of Flash Point.

Of the games that we’ve played together Kingdomino and Schotten Totten are tied for the lead, followed by Mr Jack Pocket, and then Onitama. I’m justifying those high play counts as research. 🙂

The full list of games we’ve played, in alphabetical order, are:

Our local, Bar Josephine, is probably the place that we’ve played the most games this month, the venue continues to carry an excellent range of beers, and there Wednesday night specials have more or less ruined us for other venues. Pints of great craft beer for $6 are pretty tough to beat.

One of the bartenders there has mentioned that we could probably use the space to run game nights on a weeknight, so that’s something we might explore in the new year. I just wish that they had a kitchen. 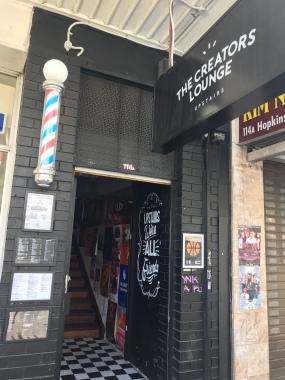 The Creators Lounge has also become one of our favourites, the place has a solid range of craft beers and the $8 happy hour is great (with $8 pints all night on Thursday), their menu is great, and really reasonable, so I suspect we’ll be playing there a lot once Suzanne gets back.

Other than that we’ve played at Cardboard City Games Club @ The Metropolitan Hotel and Mr West, two venues as different as any we’ve seen.